More you Disclose, Better you Protect 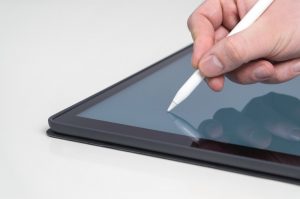 We hand hold all the steps in your patent application Drafting

An efficient and effective Patent Application plays an important role in securing a hassle free prosecution, supervision, control, and enforceability of the patent to ensure lesser office actions, and assuring your patent's life for its full term.

Our patent drafters not only draft your patent application to cover your invention in a manner required by law, but also they bear the responsibility of  bringing about the best from the inventors to protect the maximum. 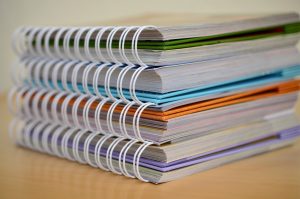 We can File your Patent in any patent jurisdiction including PCT

Our efficiency in filing provisional and non-provisional patents is leveraged by our deep in-house experience and in addition our links with the native intellectual property attorneys in the respective jurisdictions.

We take time to make sure all the documents for filing your patent application are in one place. Having all your documents ready, we file your application electronically (in all major jurisdictions) with the help of the patent attorneys of the respective jurisdictions.

Drafting a Patent Application that covers all elements of your invention in the correct manner requires skill. A properly drafted patent plays an important role in ensuring hassle-free prosecution, supervision, control, and enforceability of a patent to ensure lesser office actions, and drastically reduces the chances of invalidity attacks,hence keeping your patent alive for its full term.

An invention is considered novel and non-obvious over the existing prior arts. Therefore, it’s essential to conduct a novelty search before drafting the patent application specification. Our patent search experts take care of this too at the finest level.

Our keen understanding of the nuances of drafting patent applications for national and foreign jurisdictions, and PCT applications helps us to draft your patent in the highest level of standard.

Our Patent Filing services in several major jurisdictions are leveraged by our deep in-house experience and in addition our links with the native intellectual property attorneys in the respective jurisdictions. We help you to protecting your inventions in any contracting-jurisdiction through the Patent Cooperation Treaty (PCT) or the countries that are contracting-parties to Paris Convention.

Contracting-States (Parties) of Paris Convention and PCT By year 2017:

The 25 countries that were not members of PCT by year 2017, but were members of Paris Convention

The 16 countries that were not members of PCT, neither of Paris Convention by year 2017

The Paris Convention, adopted in 1883 is an international agreement with 177 Contracting States by end of 2017, applies to patents, trademarks, industrial designs, utility models (shorter-term patents with a life of 6 to 15 years as opposed to 20 years for a normal patent), service marks, trade names, geographical indications and the repression of unfair competition.

The Patent Cooperation Treaty (PCT) is an international treaty with 152 Contracting States by end of 2017. The PCT is not a patent granting authority, it facilitates the process of “seeking” patent protection for an invention simultaneously in several countries by filing a single “international” patent application.

Any national of a PCT Contracting State can file an application under the PCT directly as your first filing, or within the 12-month period provided for by the Paris Convention from the filing date of a first application in a PCT Contracting-State, which is valid in all Contracting States of the PCT. The patent application receives a 30 months or (31 months in certain jurisdictions) period to retain the first-to-file rights (priority) before the application enters into the “national phase” for examination, prosecution and granting. The granting of patent rights remains under the control of the national or regional patent Offices.

Phases in your PCT Patent Application